We all have seen tattoos on our favorite celebrities but the true winners behind those state-of-art kinds of tattoos are the celebrity tattoo artists! Each artist has his or her journey that helped them or her achieve such a height. Most of them even started when tattooing was banned in some parts of the world. And well, now they are here! So here’s a look at the most celebrated tattoo artists of all time. The list, of course, is not in any order since we don’t judge art 🙂

McCurdy got his first tattoo when he was just 15 years old. It was a superman logo which was done for $180 at Tattoos by RC in Folsom, Pennsylvania. After this, his craze for tattoos only increased. He ordered a tattoo kit online and started his self-training by inking his friends and family members. He then found a job at his father’s friend’s tattoo shop. Now the story behind his name – he got himself inked with two guns on another side of his neck with the words ‘Bang Bang.’ Because of his immaculate skills, he quickly made a name for himself. His time turned completely when he first met Rihanna in 2007. She came down to get a Sanskrit tattoo on her leg but Bang Bang convinced her to get it on her hip instead.

Famous Celebrities Inked: Rihanna in the tropics, Lebron James in his basement, Cara Delevingne on a roof, Katy Perry in Stockholm’s Abba Museum, and Justin Bieber on a plane at 30,000 feet. 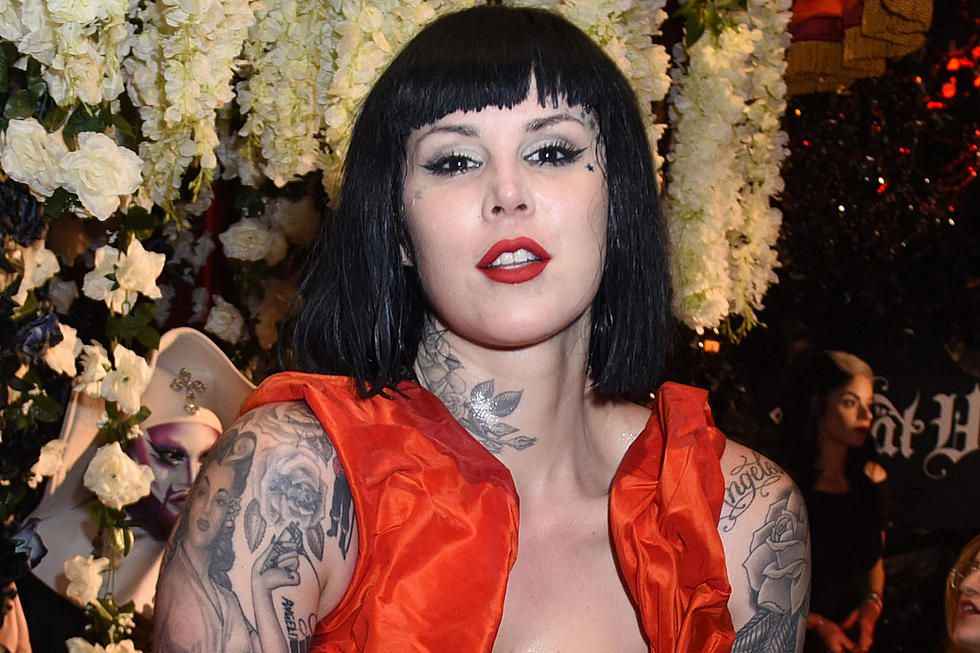 Katherine von Drachenberg, famously known as Kat Von D, is an American tattoo artist, model, entrepreneur, and recording artist. Her first tattoo was at 14 and that’s how she knew she was attracted to this field. He quit school at 16 years old to become a tattoo artist. She became popular after her appearance on the reality TV show Ink on TLC. Here, she broke the Guinness World Record for most tattoos given by a single person in 24 hours. She made 400 tattoos. Afterward, she was the head of Kat Von D Beauty which was then renamed KVD Vegan Beauty. Besides this, she has also released an album Love Made Me Do It. Just when you thought that’s it, in 2008 she also created a makeup line for Sephora and included fragrances in her beauty line.

Tattoo Style: Clean black and gray work with an emphasis on smooth shading and striking portraits; a twist on classic styles 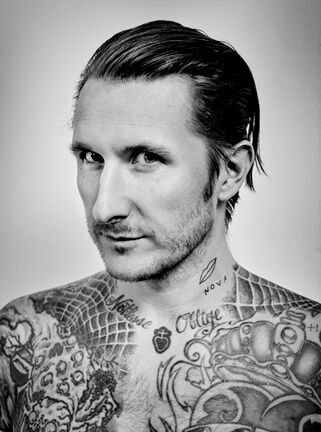 Scott Campbell was born in New York, USA, and has an appreciable clientele that includes Howard Stern, Sting, Robert Downey Jr., Courtney Love, Orlando Bloom, Josh Hartnett, and Marc Jacobs. Tattooing was not something that he thought of immediately. He began working as a copy editor. It was right there when he began tattooing and traveling to Asia and Europe to learn new skills and earn better. He moved back to NYC in 2005 and opened his tattoo studio called Saved Tattoo. It was then he got some famous people into his bucket list starting with Heath Ledger.

First Celebrity Tattoo:  Heath Ledger, who commissioned a small bird in flight on his left forearm 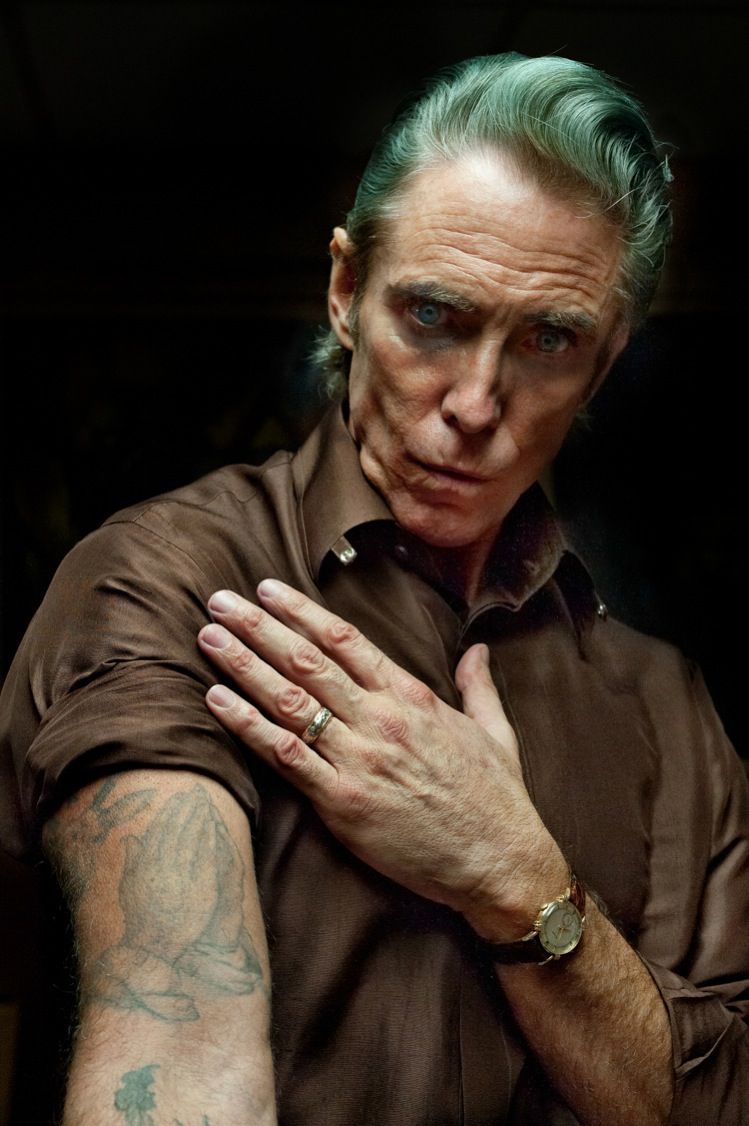 Mark Mahoney is an established name in the tattoo industry. He conceptualized the trend for black and grey art with a single needle. Mark started tattooing in 1988 in Boston during the time that tattooing was illegal. He has ever since been quite a prominent figure in the industry. One of the biggest reasons for that is his role in the 80s black and grey movement. During this time, he tattooed many famous Hollywood celebrities too. His inspirations began with cars, choppers, and religious artifacts. Currently, his forte is black and grey work, religious icons, collages, girls, bombs, and guns.

Valena, who is famous by the name of Jon Boy, is a celebrity tattoo artist known for his minimalistic designs. He is a Filipino-American and has thousands of celebs to date. Some of his celebrities include Kendall Jenner, Justin Bieber, Bella Hadid, and Travis Scott included. He might take up to 5 appointments per day and has a hectic work routine. 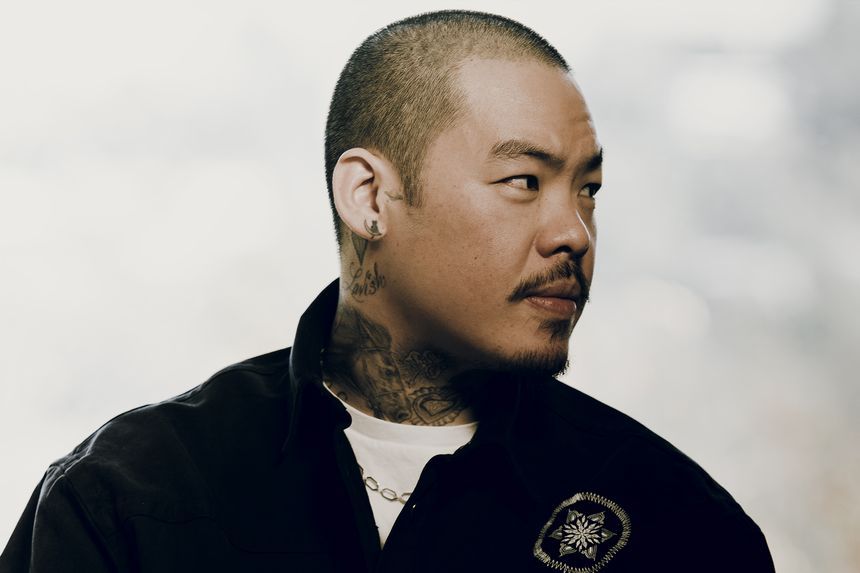 Brian Woo, more popularly known as Dr. Woo, started his apprenticeship under Mark Mahoney at Shamrock Social Club. He learned the intricacy of the single needlework that Mahoney was known for. Today, Dr. Woo specializes in elements ranging from a single subculture to popular culture at large. 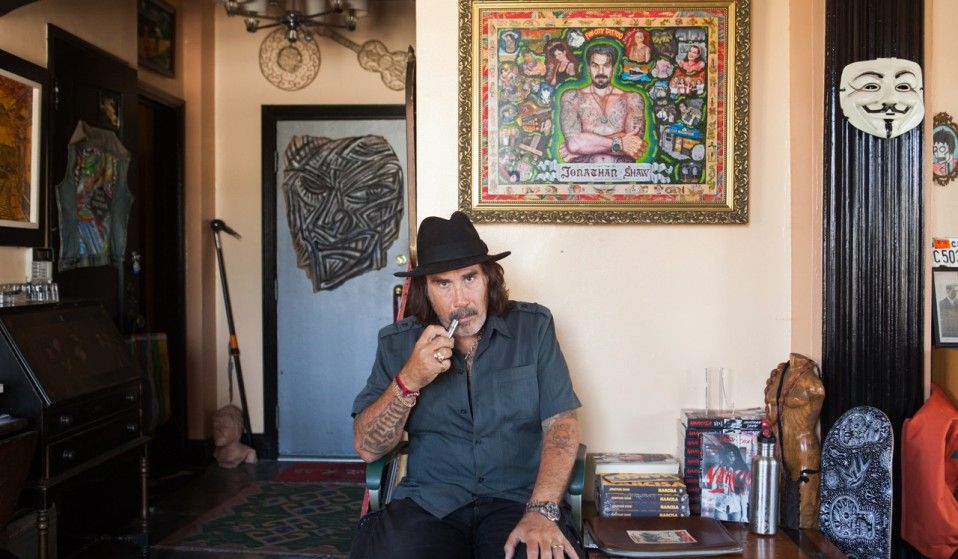 Jonathan Dowling Shaw is an American tattoo artist and writer. Knew the oldest tattoo shop in NYC? That’s owned by him. The name of the shop is Fun City which was founded in 1976 which was a time when tattooing was illegal. This was when he relocated to the Bowery neighborhood in Manhattan’s Lower East Side where he started mastering neo-tribal tattoos. He started tattooing some celebrities like Johnny Depp, Iggy Pop, Jim Jarmusch, Max Cavalera (Sepultura), and Kate Moss. He also founded the magazine, International Tattoo Art in the 1980s, which was a special tattoo dedication magazine. In 1990, Jonathan Shaw, Johnny Depp, Iggy Pop, and Jim Jarmusch founded the Death Is Certain Club to celebrate their friendship. The club involved each member getting a matching ring and tattoo. 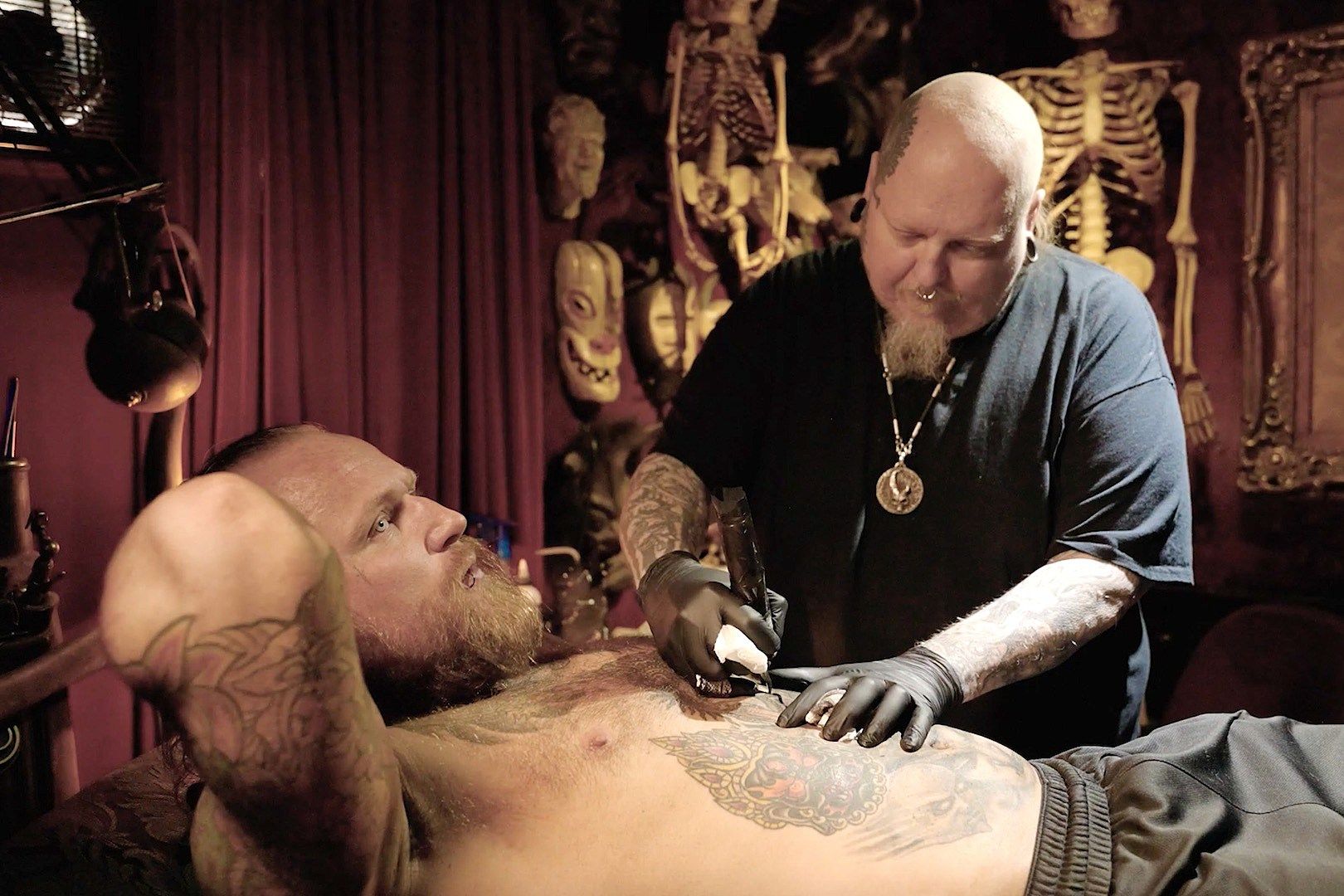 Paul Booth is a New York-based tattoo artist, sculptor, painter, filmmaker, and musician. He is most commonly known for his use of black and gray tattoo styles which depicts sark surrealistic designs. The journey of this self-taught artist had many ups and downs. His passion started when he was just a child and through self-exploration, he grew to become a world-famous artist. He uses a multi-layer approach that is said to be similar to Flemish painters. This allowed him to make his art look more realistic. He also has his artwork exhibited both domestically and internationally. 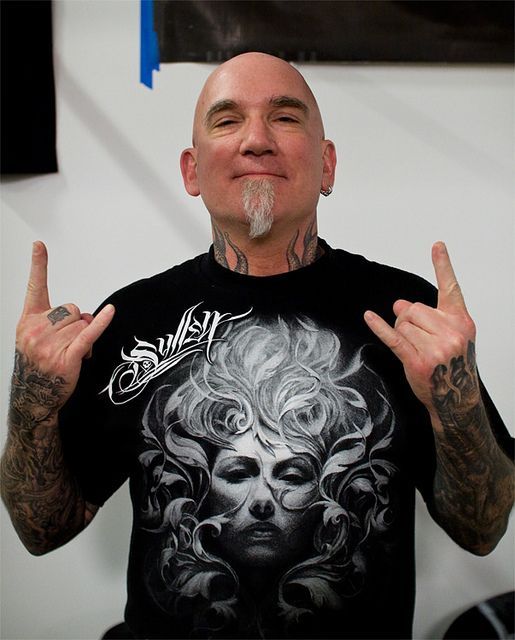 Tyrrell belongs to Detroit and began with his passion for tattoos when he was in his 30s. He has been featured in many magazines as well including LA Ink and London Ink. His most prominent celebrity tattoo is that on Kid Rock’s back. 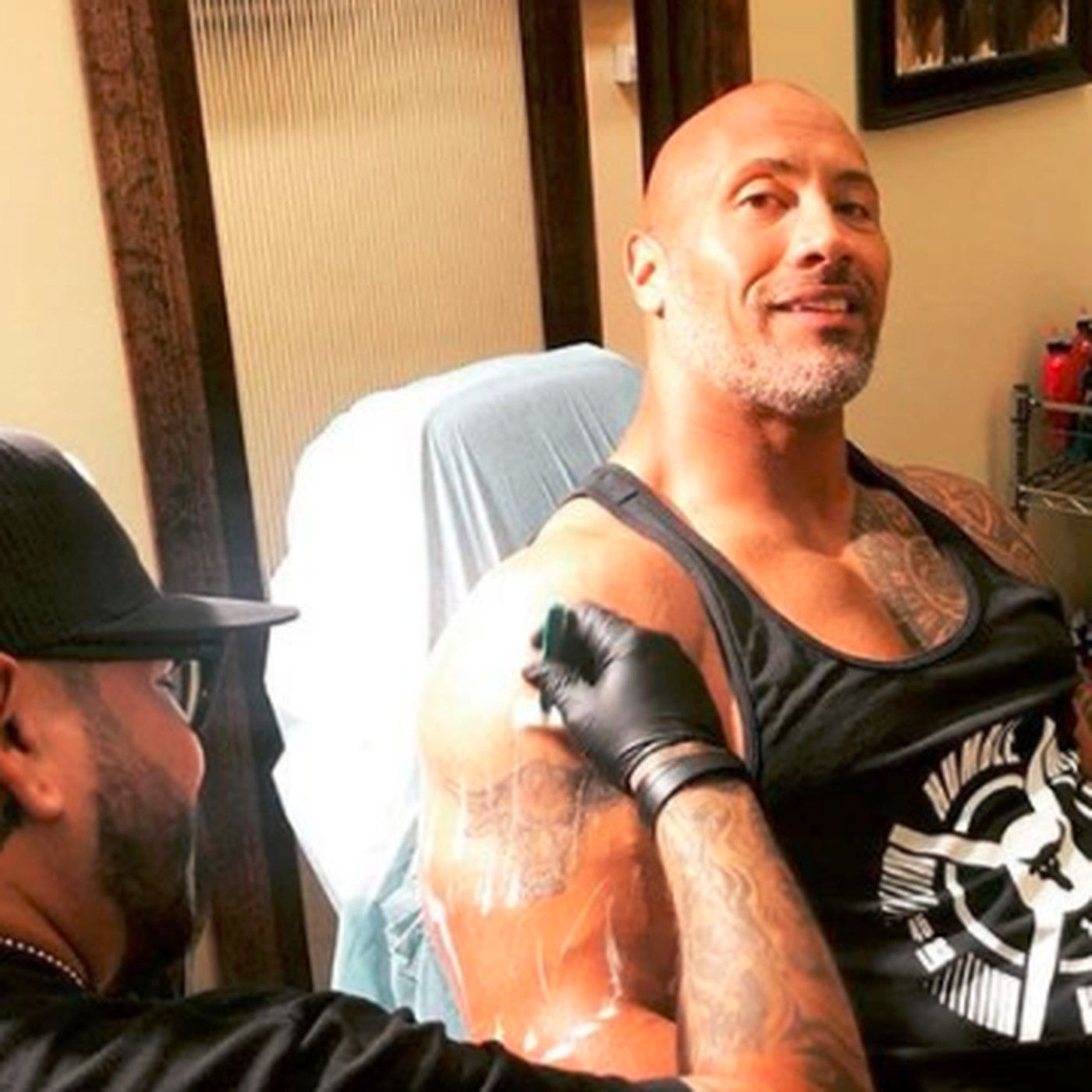 Nikko Hurtado with The Rock 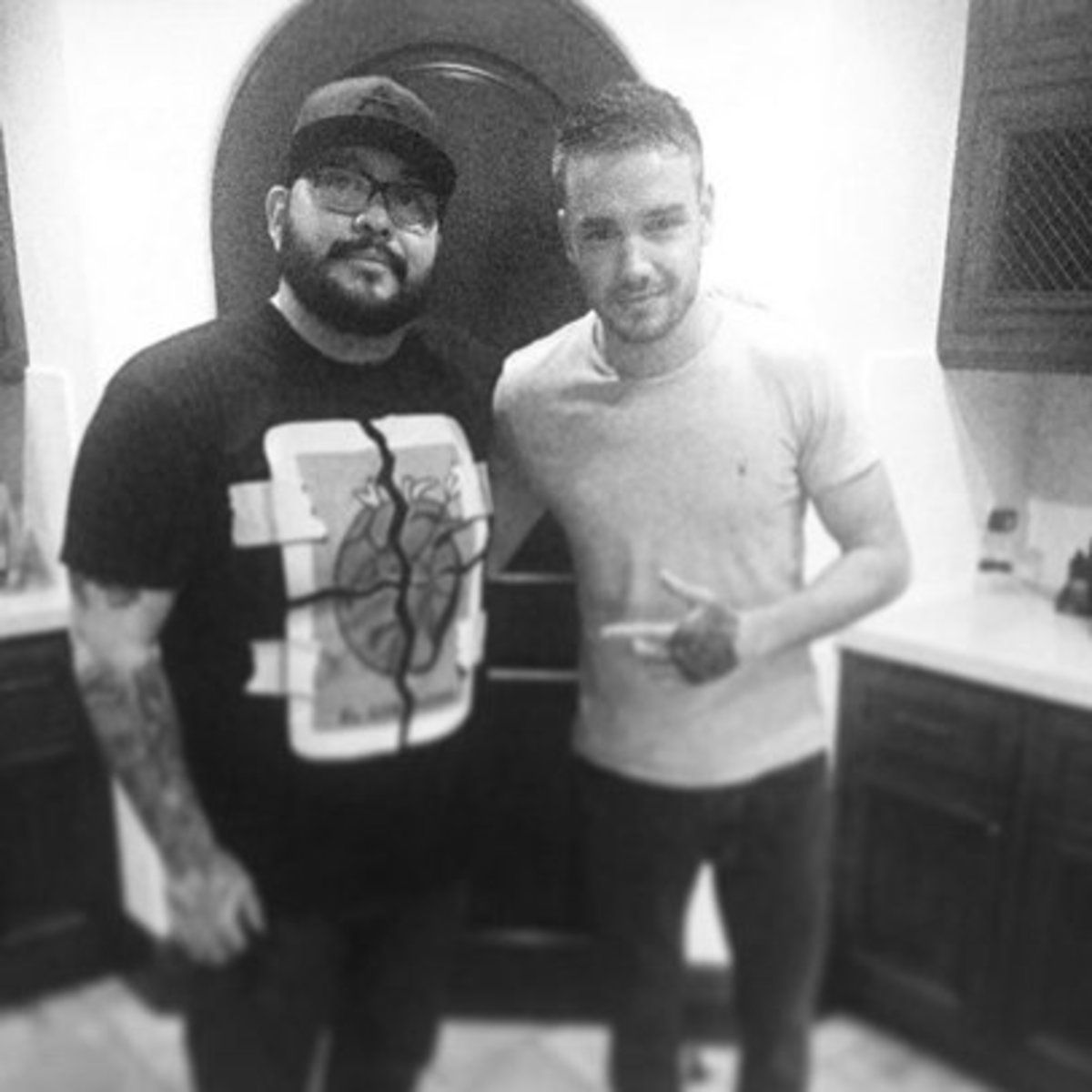 Nikko Hurtado, an American tattoo artist, is a master of colored portraits. Being born in California, he began tattooing at a very young age and opened his first shop in the same city in 2010 called Black Anchor Collective.